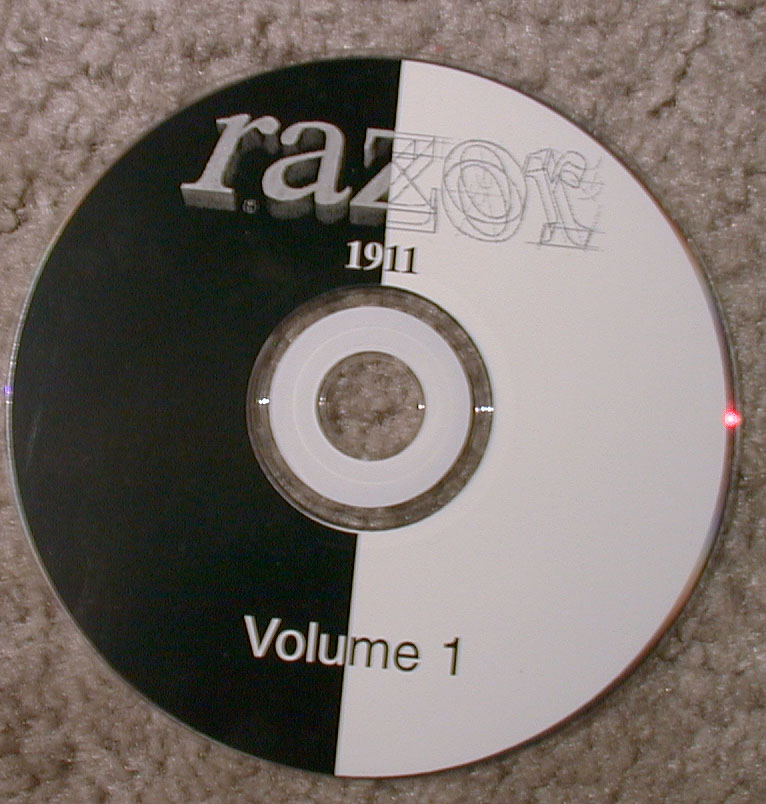 Ever since its humble beginnings 10 years ago as a demo group on the Amiga platform, Razor 1911 has had a major impact on software piracy worldwide. For a decade Razor and its affiliated members have provided quailty titles for the public's enjoyment.  Whether it be demos, trainers, docs, consoles, or PC games (on diskette and CD-Rom), pirates always counted on the name they could trust, Razor 1911.
The group did not survive this long without hardship, though, which will become obvious as you read through the included info files and learn the history of Razor.  Busts, mergers, and member defection to other groups all threatened the stability of the group, but for every disaster there was someone willing to take up the mantle and help Razor rise to glory once again. Countless people, numbered amongst the scene's finest, whether they be crackers, coders, or suppliers, got their start in Razor 1911.
In recent times, faced with dwindling numbers of releases on diskette, Razor leadership made the decision to move the bulk of group resources towards piracy of CD-Rom titles.  As the market changes, so shall the pirates.  Razor 1911 released countless numbers of wares, filling three CD-Roms with these archives.  Razor CD now paves the way to glory for the future, promising to bring countless more titles for your enjoyment.
Razor 1911 was built on the blood, sweat, and tears of over a hundred people throughout the years, who gave their time and energy to make the scene a fun place to be.  Many started their careers in the scene through Razor, and many careers ended there as well.  To those we dedicate this 10th Anniversary Razor Collection.  So long as this CD remains in existence, your efforts won't be forgotten.